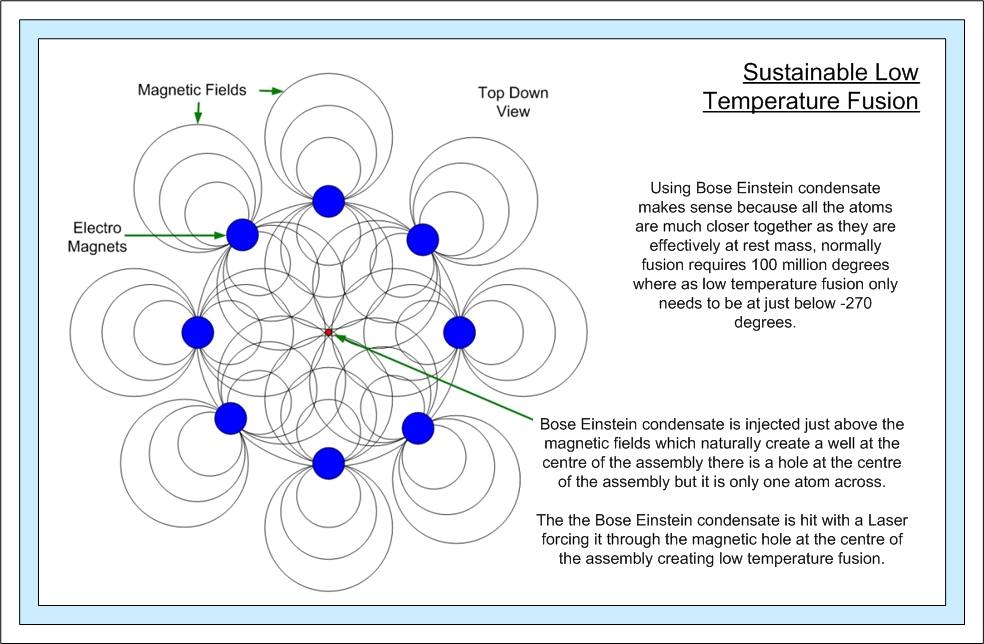 Project Dog Bone is an attempt to reproduce the result of the cold fusion experiments of Andrea Rossi’s E-Cat cold fusion experiment that generated more than 1000 degrees (Celsius) of heat. These experiments are being made as public as possible, though not much attention is being given to them outside of niche news streams. Critics abound, with the accompanying skepticism suggesting that there are additional power sources responsible for generating the excess heat.

Unfortunately for the critics, there is a growing number of researchers who are criticizing the critics and shooting down their objections to the validity of the experiments. This growing number has gained credibility for the cold fusion movement and is leaving the skeptics with few places to find fault.

Like other fields of alternative energy exploration, the physics and chemistry theories that argue against cold fusion becoming a reality have handcuffed more traditional scientists from promoting the accumulating evidence. The well-established scientific method is getting in the way of progress, as some of the principles are requiring re-evaluation based on the evidence. That is not too likely to happen in the near future.

How far has the continuing experimentation come? Researchers from the University of Uppsala and University of Bologna ran the E-Cat for a prolonged period of time and proved without a doubt that there was no external power supply to account for the excess heat output. The results were that a power input of 900 electrical watts resulted in a 2800 watt heat output. The test was run for 32 consecutive days. What this means is progress that is virtually indisputable will cause serious and honest members of the scientific community to take notice that everything is not as it seems when it comes to cold fusion technology.